At the beginning of the system partnership between TORNOS and Müller, a few months ago, there was just one basic chip conveyor. But now, TORNOS customers can benefit from the combistream combination of chip conveyor and high-pressure system in one.

Within the framework of the still-new system partnership over the past few months, Müller and TORNOS have worked on the designs of machines and building blocks and developed them to the point where they are ready for production. Jürgen Glaser, Marketing Director D-A-CH at Müller Hydraulik, explains how it all began: “TORNOS started working on a basic combistream on our premises, that is to say, on a pure chip conveyor without the high-pressure system. These systems were very well received by TORNOS, and in particular by the end users. This convinced TORNOS, and that was the starting shot for more.”

For TORNOS, running the combistream basic was initially a trial in order to critically test Müller’s chip-conveying technology. Müller’s pure high-pressure systems were already very well known to and well established at TORNOS. “Once the people at TORNOS were sure that our system worked well with chip conveyors, they wanted to have the basic version extended, step by step, for various types of chip conveyor including the high-pressure unit”, adds Jürgen Glaser.

So the development continued until, in the end, there was a comprehensive combistream range with high-pressure filtration for TORNOS. But we’re getting ahead of ourselves …

The first step was to define the individual components by a large number of parameters: which chip-conveying technology was to be used, taking into account the various chip types and volumes? What control is required? Then the filtration, or type of filtration – would full-flow filtration be required, or would bypass filtration suffice? And finally, the design had to be defined in terms of the high-pressure performance in order to then determine the basic modules, always in line with the complexity of the products.

For that, TORNOS was given the customer’s specific requirements and the size of the machine. The various basic components were then combined as required for the particular machine in order to then integrate the whole thing in a compact, high-performance unit.

“In the case of combistream, it really was an impressive development performance”, says Jürgen Glaser. “The whole thing began with Alexander Lang, our Product Manager, who then took the construction and looked at the machine and processes with TORNOS, did some sketching and developed some concepts that were appropriate to the wide range of materials and thus to the most chip types and volumes. It usually took 3 to 4 months to get to the prototype, which then had to be pushed under the machine to see how the whole thing worked.” 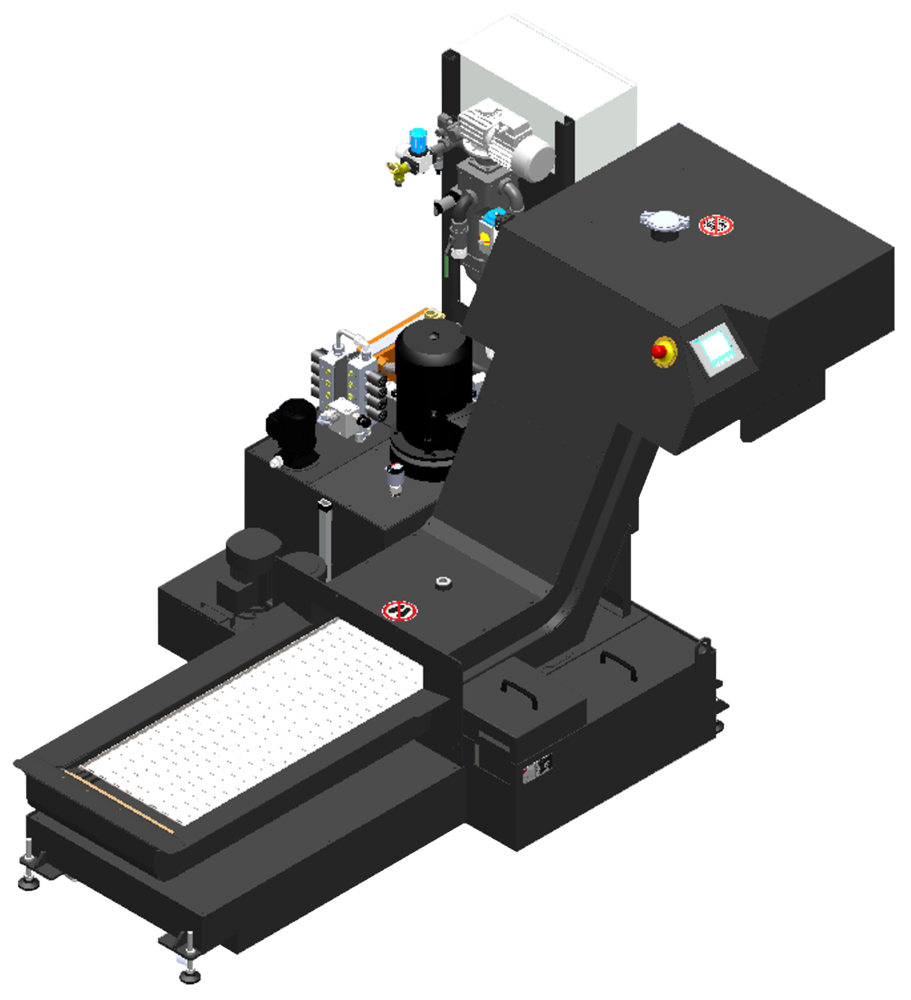 And the result is something to be proud of. Thanks to the strong system partnership, Müller now has an innovative system technology building kit for combistream CS2 and CS3, ideally adapted to the most diverse customer requirements and the individual TORNOS machine types to give the chipper quick and reliable access to the benefits of compact high-pressure systems.

Please give us a call or send us an email. We are looking forward to helping you.